When you book with an account, you will be able to track your payment status, track the confirmation and you can also rate the tour after you finished the tour.
Sign Up
8326

Exploring New Zealand's Remote Backyard
Explore New Zealand’s remote southern backyard on this special 8-day voyage. Discover the time-forgot rawness of wildlife-rich Stewart Island/Rakiura, Zodiac cruise the rocky, inhospitable coast of The Snares – one of the world’s most important nature reserves, and experience the primordial majesty of Fiordland firsthand on this unforgettable adventure. 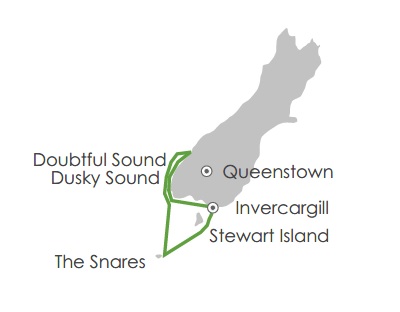 Cruise at a Glance 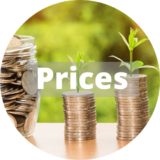 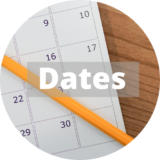 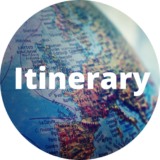 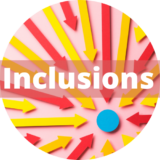 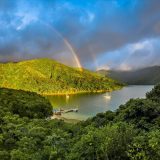 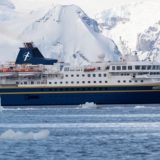 In the Wake of Scott and Shackleton 2023 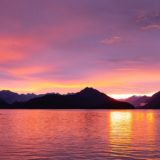 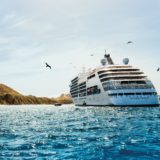 900 destinations - 7 continents
Starting from 30 March, 2022
The world is opening up again and we can take you to every corner of the world. For curious travellers there is always more to discover.
NZ Cruising 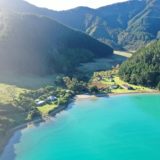 The Best of New Zealand

Like ourselves, they are NZ owned and run. Heritage Expeditions pioneered authentic expedition voyages to Antarctica and the Sub Antarctic Islands. and have a wealth of experience in this area. As we both share common values we know you will be well looked after and have a great adventure.

There’s the world and then there is Antarctica!

All travellers joining this tour must be fully vaccinated. Your 'My Vaccine Pass' must be brought on the tour as proof of full Covid 19 vaccination.

It is important that the date of your final dose is at least 14 days before the tour departure date.

All travellers joining this cruise must be fully vaccinated. Your 'My Vaccine Pass' must be brought on the cruise as proof of full Covid 19 vaccination.

It is important that the date of your final dose is at least 14 days before the cruise departure date.

To safeguard your deposit and tour payment in the event of you having to cancel your reservation or curtail your tour, we highly recommend you take out travel insurance.

The bike trails in the Hawke’s Bay are easy to ride and generally flat and smooth. Introductory Level.

If you have never ridden an E-Bike before we can help you learn, usually in 15 minutes. These trails are great to build confidence and increase your riding skills.

Needless to say the fitter you are the more you will enjoy the rides. Most days, 2 – 3 hours on an E-Bike (with frequent breaks).

All clients and support crew are required to be fully vaccinated.

Extensive Terms and Conditions are outlined in the free Information Pack

To safeguard your deposit and tour payment in the event of you having to cancel your reservation or curtail your tour, we highly recommend you take out travel insurance.

The bike trails in the Hawke’s Bay are easy to ride and generally flat and smooth. Introductory Level.

If you have never ridden an E-Bike before we can help you learn, usually in 15 minutes. These trails are great to build confidence and increase your riding skills.

Needless to say the fitter you are the more you will enjoy the rides. Most days, 2 – 3 hours on an E-Bike (with frequent breaks).

All clients and support crew are required to be fully vaccinated.

Extensive Terms and Conditions are outlined in the free Information Pack

Fitness: Able to climb stairs. Flexibility to get in and out of Zodiacs.

Guests should make their way to the designated hotel where we will spend the first night of the expedition. This evening there will be an informal get-together at the hotel for dinner; an excellent opportunity to meet fellow adventurers on your voyage and some of our expedition team.

Today we enjoy breakfast in the hotel restaurant and have the morning free to explore Queenstown before returning to the hotel for lunch and departing for the Port of Bluff to embark your ship. You will have time to settle into your cabin and familarise yourself with the ship; we will also take the opportunity to conduct a number of safety briefings. You are invited to join the expedition team in the Observation Lounge and up on the Observation Deck as we set our course to Stewart Island and our adventure begins.

New Zealand’s third island is well off the usual beaten tourist track. It is a wonderfully tranquil place and with 85 per cent of the island designated national park, the scenery of untouched bushland is stunning. Despite its small stature on most maps, Stewart Island has 700-kilometres of coastline so there is much to explore and experience here. Enjoy the impressive bird song as we explore Ulva Island, rich in history and wildlife, which has been predator-free since 1997. Some of the wildlife you may get to see while walking its tracks and exploring Boulder and West End Beaches, Post Office Bay and Sydney Cove include Stewart Island Robin, Stewart Island Weka, South Island Kaka, Kereru (wood pigeon), Mohua (yellowhead), Red-crowned Parakeet, Fantail, Bellbird and Tui. There are many more species that may also be seen; our knowledgeable expedition guides will be listening for bird calls and keeping a close watch in overhead canopies and the surrounding shrubs to identify further species. In Paterson Inlet visit the historic Norwegian whaling station in Prices Inlet and Kaipipi Bay, where from 1923 and 1933 the Ross Sea Whaling Company of Sandefjord, Norway ran a repair base where chaser boats were serviced in preparation for the Antarctic summer. Discover quirky town centre Oban in Halfmoon Bay where a drink with a view can be enjoyed at the historic and iconic South Sea Hotel.

The closest Subantarctic Islands to New Zealand, they were appropriately called The Snares as they were once considered a hazard for sailing ships. Comprising of two main islands and a group of five islands called the Western Chain they are uninhabited and enjoy the highest protection as Nature Reserves. It is claimed by some that these islands are home to more nesting seabirds than all of the British Isles together. We plan to arrive in the morning, and as landings are not permitted, we will Zodiac cruise along the sheltered eastern side of the main island if the weather and sea conditions are suitable. In the sheltered bays, we should see the endemic Snares Crested Penguin, Snares Island Tomtit and Fernbirds. There are hundreds of thousands of Sooty Shearwaters nesting on The Snares; the actual number is much debated. Buller’s Albatross breed here from early January onwards. There will be opportunities to view the forests of large tree daisy Olearia lyallii which forms a canopy over much of the island group.

We have three days to explore the incredible wilderness of fiords in the south-west corner of the South Island. This is an area rich in history, majestic scenery and abundant in wildlife. Fiordland was well known to local Maori people, with the demi-god Tu-teraki-whanoa being said to have used his adze, Te Hamo, to carve out the region’s fiords. Captain Cook and his crew landed here on HMS Resolution in 1773; they were the first Europeans to visit Fiordland, subsequently spending five weeks in Dusky Sound. Cook’s records of his discovery and maps attracted sealers and whalers not long after who then formed the first European settlements of New Zealand; historically this region is very important and shaped the future of the country. Fiordland’s coast is only accessible by sea, making it the most remote region of New Zealand’s mainland. Waterfalls, streams, rivers and fiords are enveloped with misty veils that come and go, revealing steep gradients of mountain peaks and sheltered valleys. A rugged terrain, the thickly forested floors are covered with ferns, lichens and mosses. Bottlenose Dolphins, Fiordland Crested Penguins and Little Penguins are all residents of the fiords; during our time here we will look out for them. Our schedule gives us the flexibility to visit as much as possible; areas we plan to visit during our time in Fiordland include Doubtful Sound, Dusky Sound and Acheron Passage, Astronomer’s Point and Pickersgill Harbour. Our final plan will be determined by the weather. The Captain and Expedition Leader will work hard to make the best use of our time in this incredible region of New Zealand, including areas that even few New Zealanders have visited. The isolation of Fiordland has been beneficial because its beauty remains unspoiled and its historic sites undisturbed. On Monday evening we will enjoy a celebratory dinner with newfound friends and reflect on a wealth of new experiences from our adventure.

Early this morning we will arrive in the Port of Bluff. After a final breakfast we bid farewell to our fellow voyagers and take a complimentary coach transfer to either Invercargill or Queenstown Airports. In case of unexpected delays due to weather and/or port operations we ask you not to book any onward travel until after midday from Invercargill and after 3pm from Queenstown. Note: During our voyage, circumstances may make it necessary or desirable to deviate from the proposed itinerary. This can include poor weather and opportunities for making unplanned excursions. Your Expedition Leader will keep you fully informed. Landings at the Subantarctic Islands of New Zealand are by permit only as administered by the Government of New Zealand. No landings are permitted at The Snares.

The prices above include the landing fees of $200.